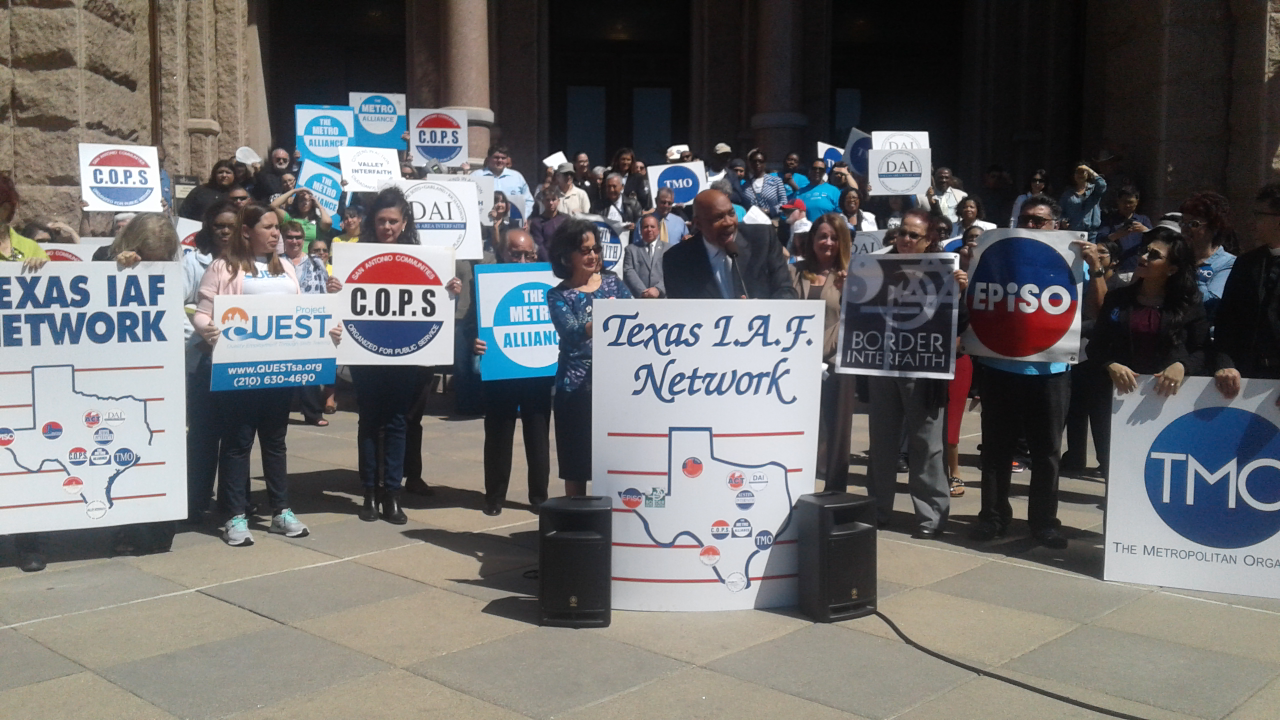 Leaders from our network were guests of the legislature as a resolution was read in support of the ACE fund by five Texas House members including Representative John Zerwas, whom our leaders got to sign on to the resolution.  Our entire delegation was asked to stand.  Later that day the Senate also read a resolution in favor of the ACE fund.  Now the fight is to get it fully funded in both houses.
Our NTO IAF organizations called for this funding at a press conference held on the South side Capital steps.  Several legislators from across the state came out and spoke in support of the ACE fund.  Capital IDEA graduates and other graduates across the state told stories of how the workforce initiatives and the funding helped change their lives, moving them from $10.00/hr part time work to careers earning as much as $70,000 per year!  The average wage of a graduate from these programs is $20.66/hr.
Capital IDEA NTO Network of Texas IAF Organizations education work
Do you like this post?
Tweet