TMO Reaches Out to Neighbors About Rental Assistance 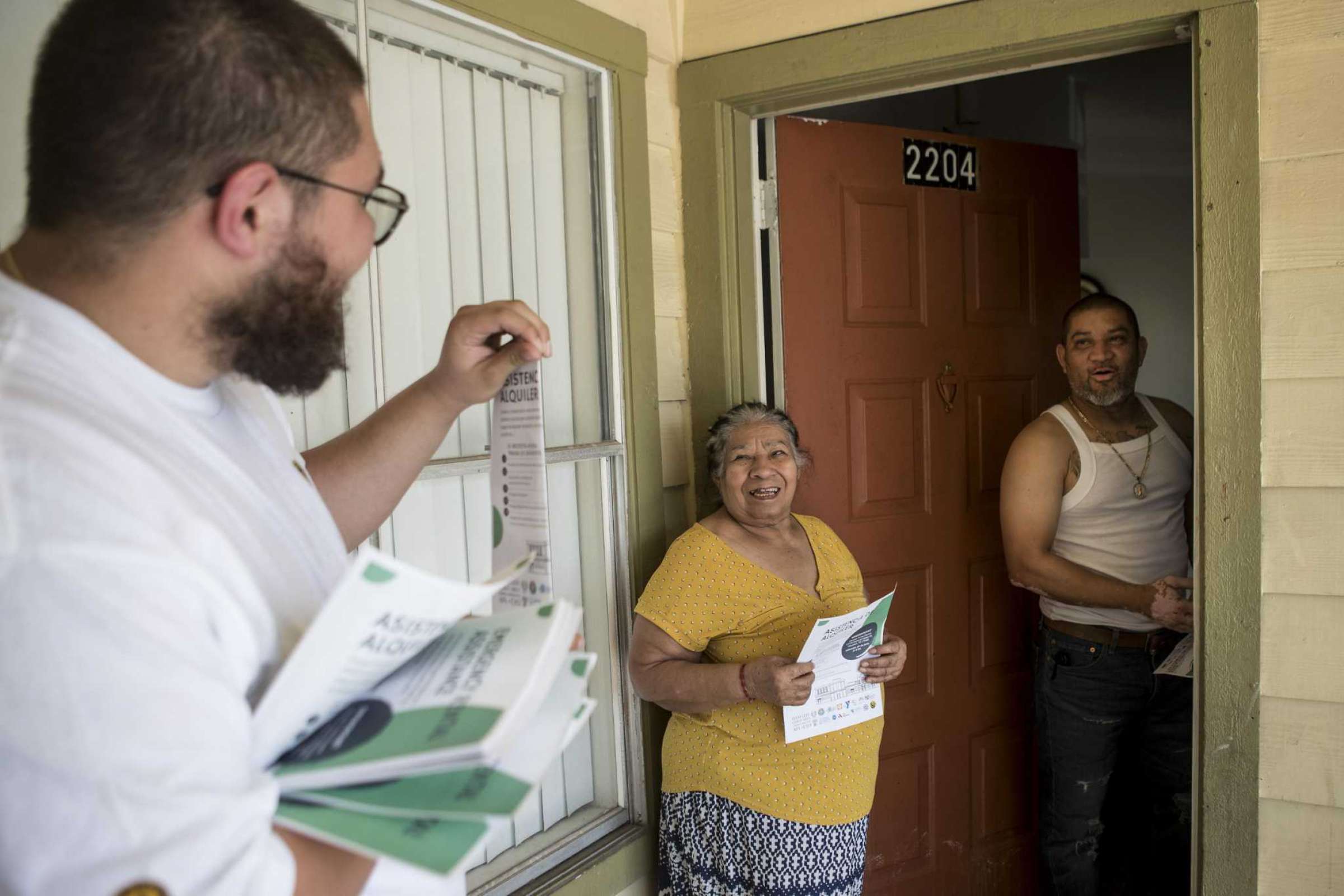 While homeowners impacted by the pandemic were largely shielded by measures enacted by the federal government to ease them back into their mortgage payments, tenants who have fallen behind on rent are receiving more piecemeal assistance. Tens of thousands of area residents could qualify for up to a year of past-due rent payments from the city and county, plus two months more to give them time to regain their financial footing, if they seek it out.

But many do not know the Houston-Harris County program exists....

“There have been times when we’ve canvassed when it’s been nothing but eviction notices on doors,” said Jennifer Hernandez, a member of the International Union of Painters and Allied Trades. She and other members of the Texas Gulf Coast Area Labor Federation have knocked and posted flyers on more than 40,000 homes.

Partnering with the Eviction Defense Coalition and Texas Gulf Coast Area Labor Federation are groups including The Metropolitan Organization, Constable’s Offices, the Alliance for Multicultural Community Services, County Commissioner Rodney Ellis and Adrian Garcia’s offices, BakerRipley and Catholic Charities, which have hosted large application events in the area so renters can have someone guide them through the process in person.

Thousands in Houston Behind on Rent Could Qualify for Aid. But Many Don't Know the Program Exists, Houston Chronicle [pdf]