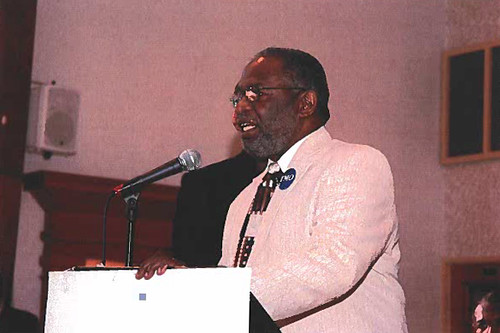 TMO recognizes Rev. John W. Bowie for his leadership and dedication in tackling social issues and his work around immigration and civic engagement.  An active leader with TMO, Reverend Bowie was a vocal advocate on behalf of struggling families.

In 2010, the New York Times described his courage and solidarity in this way:

The Rev. John W. Bowie knows it is hard to sell the people in his neighborhood on the idea that they should support changing immigration laws to give illegal immigrants a path to citizenship. His church lies in one of the oldest black settlements in the city, where unemployment is high and many people see immigrants as competitors for jobs.

Yet there he was in the pulpit at True Light Missionary Baptist Church on the Fourth of July, with a full choir behind him, urging his flock to support an overhaul of immigration laws that “lets the undocumented come out of the shadows.”

“All 13 colonies were made up of illegal aliens because they had not gotten permission from the residents here, who were the Indians,” he said. “Then a few years later, they brought us here and made us illegal, too. These immigrants, we immigrants, have built the greatest nation in the world, coming from everywhere, all over, because, you see, nobody owns this world except God.”