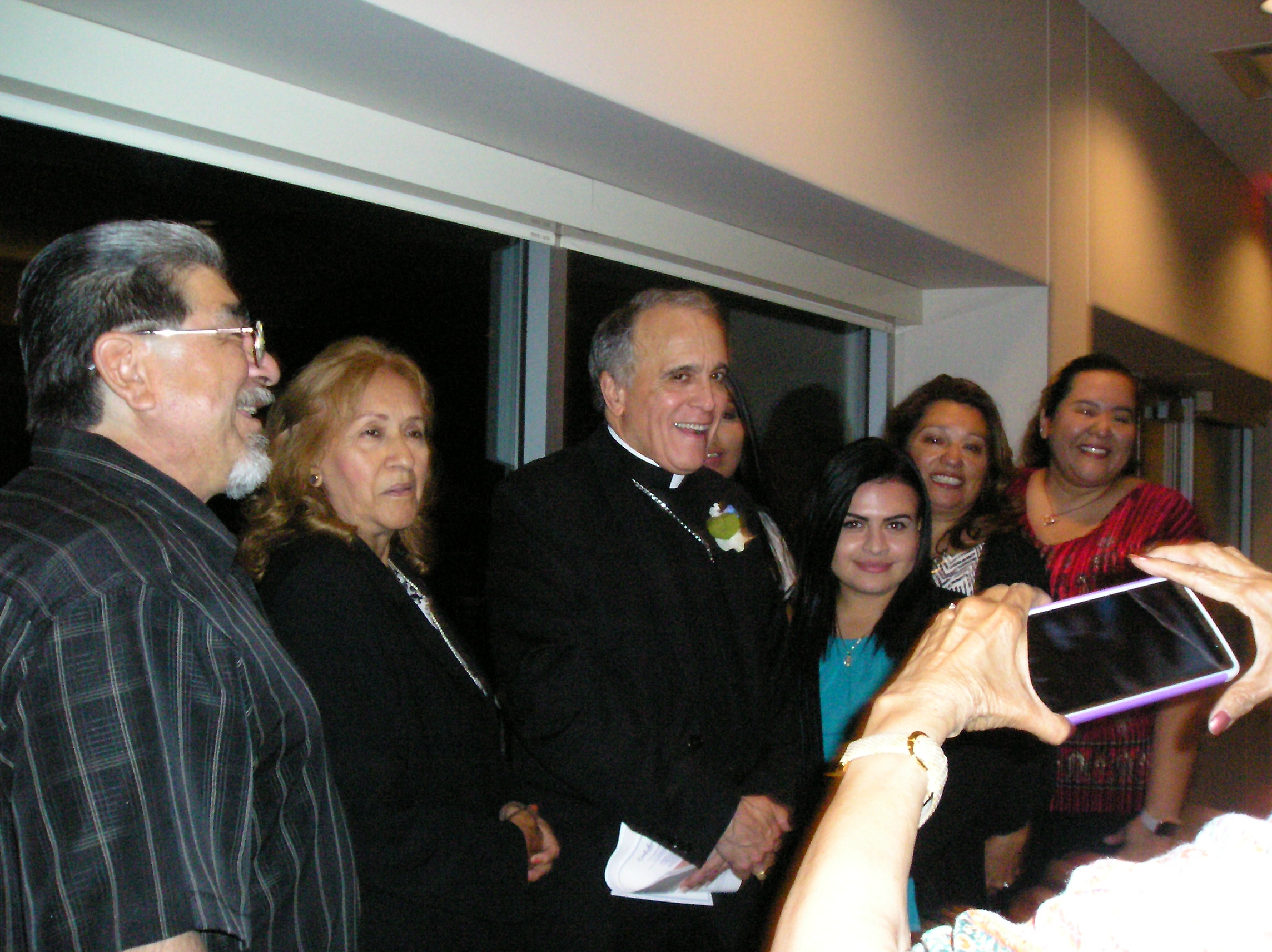 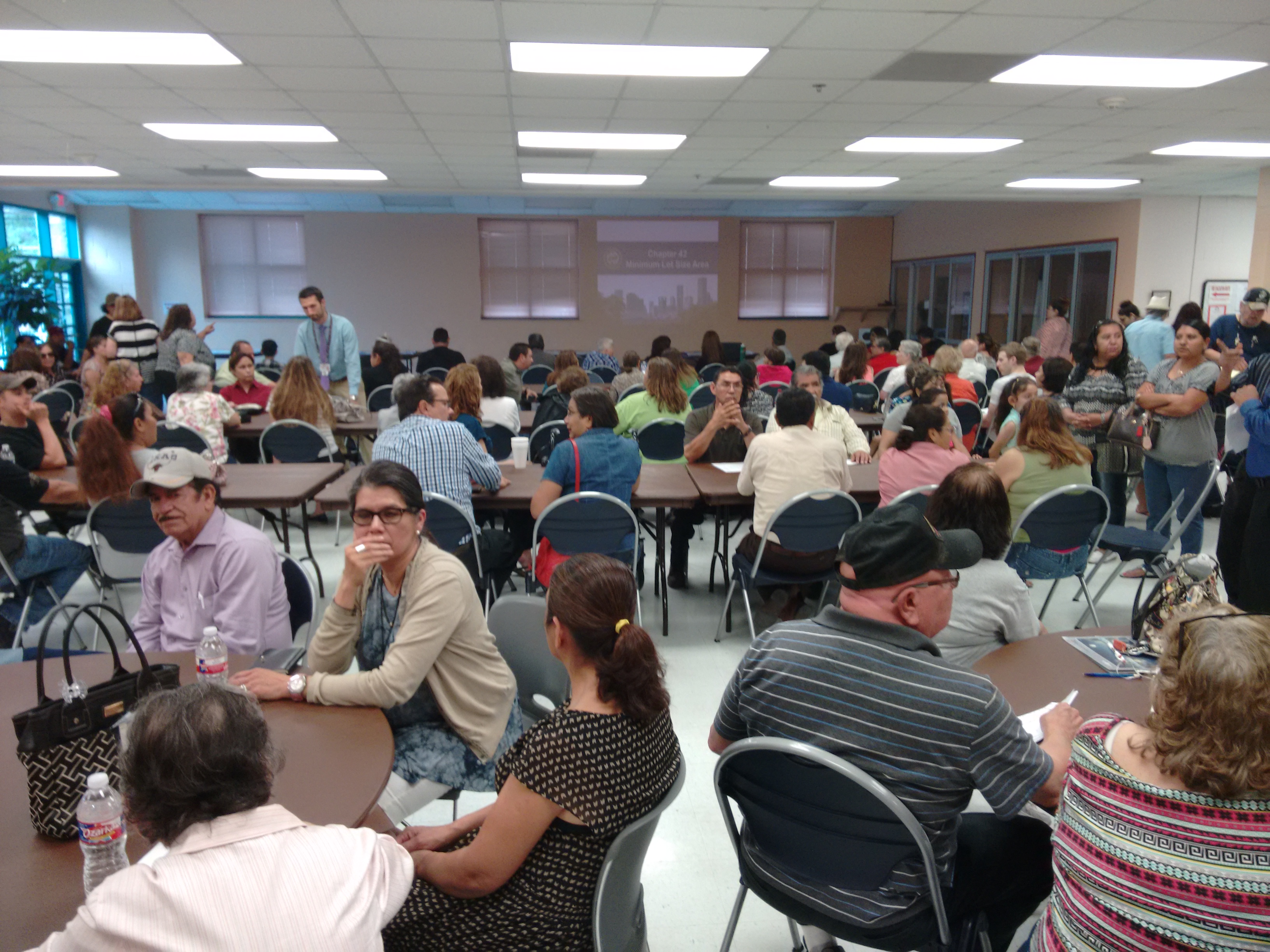 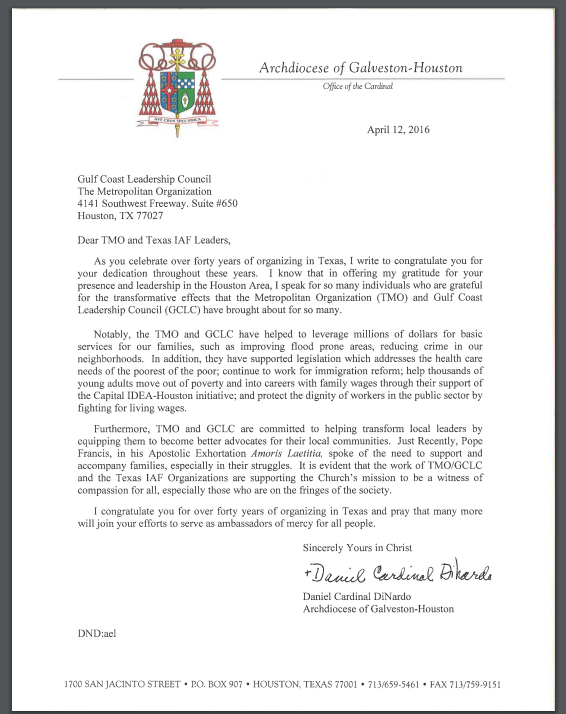 On the eve of the Texas IAF's 40+ anniversary celebration, Cardinal Daniel DiNardo of the Catholic Archdiocese of Galveston-Houston offered his congratulations for TMO and the Texas IAF's dedication over the previous four decades. He writes, "I know that in offering my gratitude for your presence and leadership in the Houston area, I speak for so many individuals who are grateful for the transformative effects that The Metropolitan Organization (TMO).....[has] brought about for so many."