Call Them 'Refugees' If It Gets the Job Done 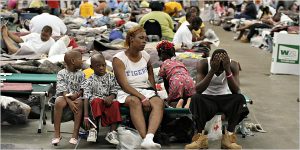 After Hurricane Katrina, "refugee" became a dirty word. Its "pejoration," as the linguists called it, was swift. Displaced Gulf Coast residents, and those who claimed to speak for them, said the word implied that New Orleanians were not Americans. The Rev. Jesse Jackson, Washington lawmakers, the N.A.A.C.P. and ultimately even President Bush objected to its use, and it quickly became incorrect.

But on a recent afternoon in Houston, Linda Jeffers, a tall New Orleanian in a broad-brimmed straw hat, told a roomful of evacuees that she wished she were a refugee....

The race for mayor of New Orleans is turning into a jet fuel-consuming marathon across the South as candidates with the deepest pockets jump from Houston to Atlanta and points in between trying to reach displaced voters.

In the political landscape jumbled by Hurricane Katrina, residents living out of state can cast absentee ballots - and the city has the potential to elect its first white mayor in almost 30 years. Passion is high among New Orleans evacuees, who seek a voice in how their city rebuilds and fear being excluded....

Many residents in Houston, particularly its poorest, pay an unfair share in taxes while many Texas businesses and professional service industries are exempt, members of the Texas Tax Reform Commission were told Wednesday...

"We pay our share of taxes, but a lot of companies in Texas do not, and they should so that we are not the only ones carrying the burden."

Gonzales and a handful of other members of The Metropolitan Organization, a collection of churches, synagogues and nonprofit agencies, pressed the commission on needed tax reforms, including the group's proposal to broaden business taxes to include attorneys, accountants and computer programmers... 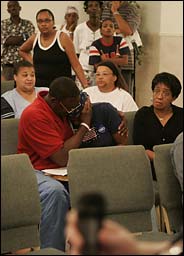